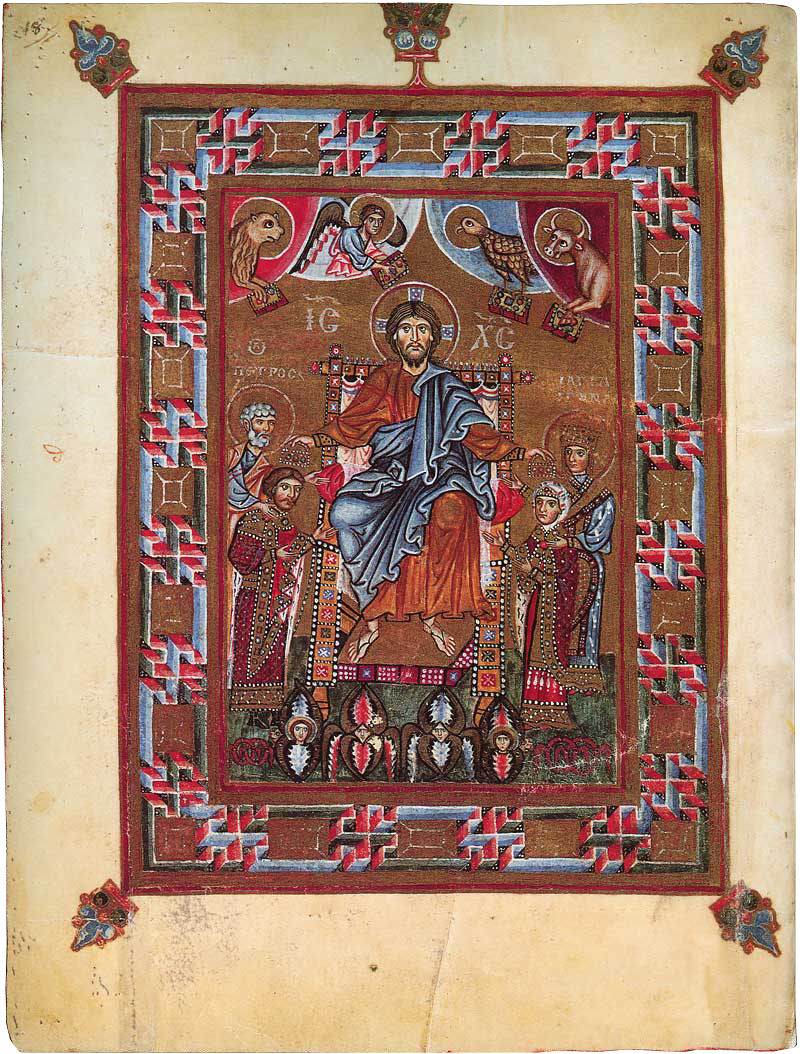 «Gertrude Psalter», «The Trier Psalter», «The Egbert Psalm» — an illustrated Latin manuscript, collection of psalms, created by the monks of the Reichenau Monastery in the late 9th century, to order by Archbishop Egbert for a cathedral in Trier.

At the beginning of the 11th century the manuscript appeared in Poland. From there, Gertrude the daughter of Polish King Mieszko II, who became the wife of Prince Izyaslav Yaroslavych in 1050, brought the manuscript to Kyiv as a family relic. Currently, the book is stored in the museum of the city of Cividale in northern Italy.

Gertrude completed the codex with letters with texts at about 90 Latin prayers and miniatures with images of the Nativity of our Lord, the Calvary, Our Lady, Christ on the throne and the Apostle Peter.

A characteristic feature of the book is the detailed description of the biography of the Apostle Peter, towards whom Gertrude had special respect. The Christian name Peter was given during the baptism to her son Yaropolk, Prince Volodymyr-Volynskyi and Turovsky (killed in 1086). All the Gertrude’s prayers about her son were addressed to Apostle Peter. Those prayers were included to the collection.

Following his mother Yaropolk-Peter was an active supporter of his saint patron. In Kyiv, he built a church in honor of St. Peter and minted the image of the saint on his coins.

On 2 miniatures of the Trier Psalter, Jaropolk and his wife are represented by the people, praying to St. Peter and crowned by Savior while his mother Gertrude is depicted at the apostle's feet (in the first miniature).

The miniatures are dated back between 1078 and 1086, because there are no images of Izyaslav who died in 1078 and Yaropolk's images are in the book. Some of the miniatures could appear later. These Byzantine-style miniatures were written in Kyiv by local craftsmen and they are not inferior to German miniatures.