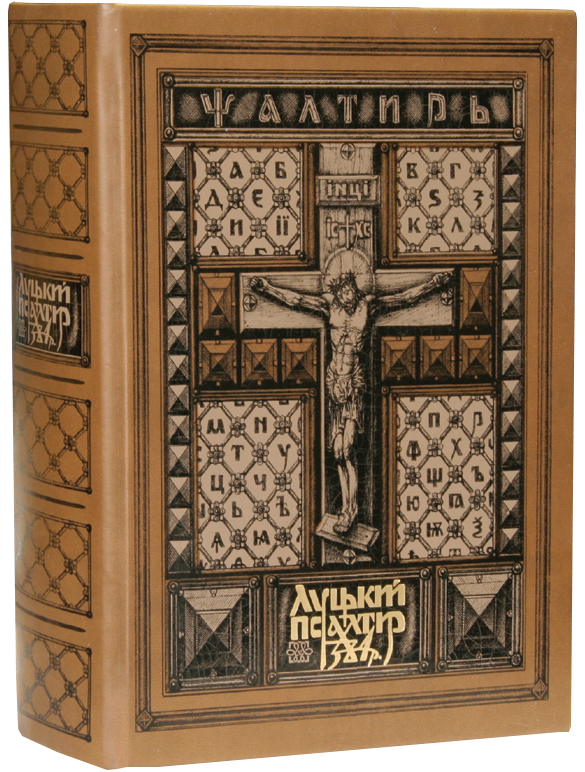 The Psalter was rewritten by the priest-scribe Ivan in 1384 in Lutsk, appeared in the Medicea Laurenziana Library Florence in 20th century, and stayed almost unknown at his home. After successful researchers of the book, the Volyn Orthodox Church of Ukraine and the “Gorobets” Publishing House made a decision to create a facsimile edition of the Lutsk Psalter 1384. This book is a highly interesting and significant source for researching the paleography, textology, the development of the Church Slavonic language in the East Slavic area as well as the history of the Ukrainian language.Along with facsimile revival, a number of articles were published. They are about research of original manuscript (Marcello Garzaniti, Carlo Verdiani, Vadim Krys'ko, Catherine Mary Mc Robert), “The Place of Psalter in Life and Culture” (Archimandrite Ambrose (Makar), NatalIya Rudenko) and about the Volyn Prince Lyubarta. On his anniversary of death the Psalter of the Israel King Davida was rewritten. David was a prophet, psalter-scribe and psalter-singer. (Petro Tronevich).

The 2013 edition marks the new discovery of the Lutsk Psalter 1384 and its returning home to the city where it was rewritten more than 600 years ago. The Psalter will serve the development of the spirituality of the modern reader who desires to get to know the inner riches of his nation. The book is addressed to those who are interested in the history and culture of Rus’-Ukraine.

We express our sincere gratitude to the management and staff of the Medicea Laurenziana Library in Florence.

Sponsors of the Lutsk Psalter 1384 edition

Thanks to everyone who joined in the book publishing, in particular: