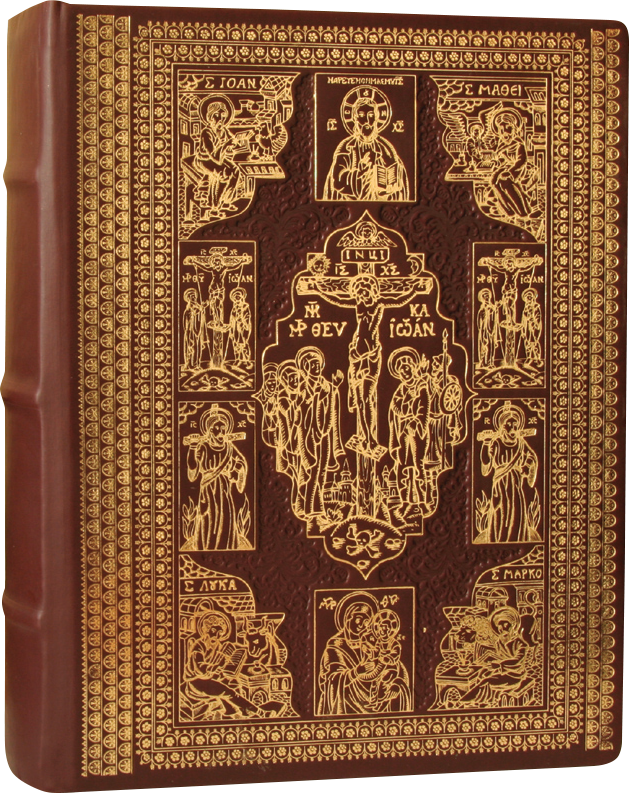 The Lutsk Gospel of 14th century is one of the oldest liturgical books of Ukraine, which has been preserved up to the present. The manuscript belongs to the masterpieces of the Galician-Volynian Book-writing School. It shows clearly the graphic and linguistic features of this school. The marginalia (notes in the margins of the book) as well as the linguistic and paleographic features indicate that the place where the book was written was the Spaskiy Krasnoselskiy Monastery, near Lutsk.

At one time exploring the history of the non-existent Orthodox Krasnoselskiy Monastery, the Rector of the Holy Parasceve Temple of the Ukrainian Orthodox Church in Ratniv village of Lutsk district Archimandrite Onufriy (Kuts), became interested in the fate of the holy thing\holy manuscript. It turned out that the book is stored in the Russian State Library (Moscow). In February 2010, the Lordship Nifont, Metropolitan of Lutsk and Volyn UOC, Anna Gorobets, the Director of the Publishing House “Gorobets” and the Director General of the Library Olexander Visliy agreed on reproducing the Lutsk Gospel as a facsimile edition.

Compared to the original, the format of the 2011 edition of the facsimile type was reduced by 5 percent due to the technical impossibility of reproducing page edges, some tears, holes and crumpled pages. Pages were shown in their original form, color and without retouching. The stamping on the rim is restored according to the remains. The publication is planned in two parts: the first one is the facsimile edition with the description of the book in addition, the second - the research. Nowadays, many Slavists, linguists, fine art experts, and other researchers will be able to carry out scientific work on the Lutsk Gospel using a facsimile edition.

By the grace of God, the Lutsk Gospel has been preserved with the help of many generations. And now, after almost seven centuries of oblivion, the book has got a new life. We believe that it will become one of the first holy things of family libraries and will serve the spiritual and cultural revival of our people.

In preparation of the publication, consultative assistance was provided by:

Thanks to everyone who joined in the book publishing, in particular:

Sponsors of the The Lutsk Gospel, 14th century